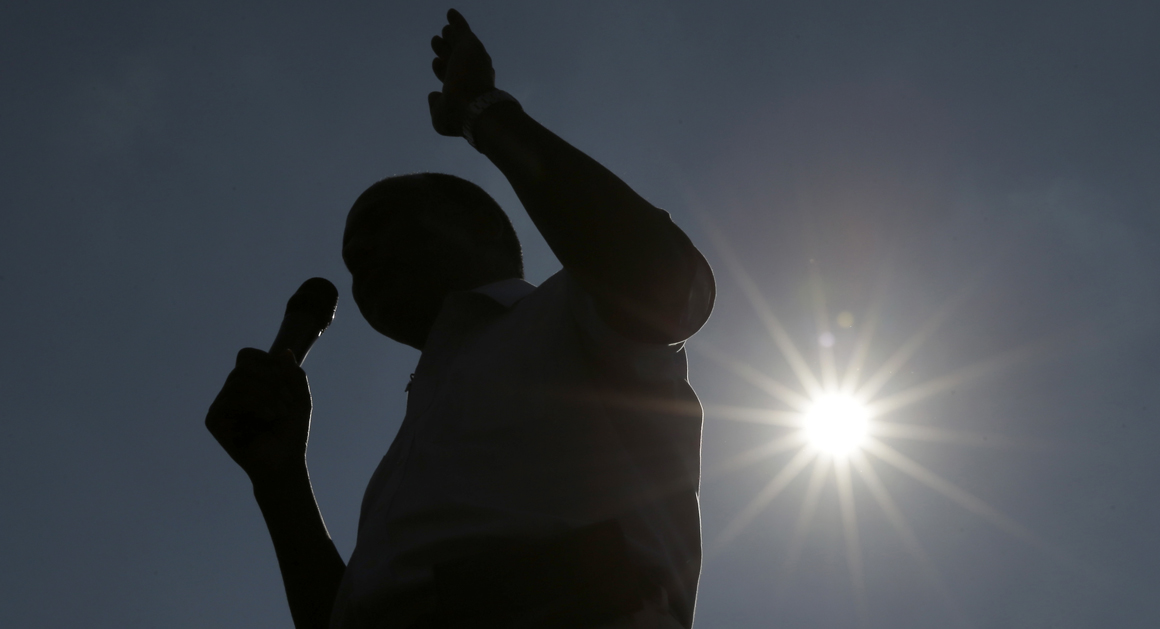 (Politico) – Donald Trump and Ben Carson appear to be on a collision course.

The two outsiders have yet to butt heads — but that may be about to change. Republican activists and operatives are reporting that at the grassroots level, Carson’s gentler and more faith-oriented approach is winning over voters at Trump’s expense, particularly in Iowa. Both are drawing from the same broad pool of voters who are angry at the GOP establishment, but Trump’s bombast, name-calling and more secular outlook is driving many of them to the soft-spoken, retired pediatric neurosurgeon.

The real estate mogul is now damning Carson with faint praise, recently telling the Daily Caller that Carson is “a wonderful guy” and “really a friend of mine” but also “a doctor who wasn’t creating jobs.” On Friday, one day after a national Monmouth University poll showed Carson moving into second place — and looming as the only GOP candidate who could defeat Trump in a head-to-head matchup — Trump telegraphed that Carson’s free ride is coming to an end.

“Well, I’m much better as a counterpuncher, so I’d rather have, and I’m hoping for Ben to really hit me at some point, because I love to counterpunch,” the billionaire said in response to a question on MSNBC’s “Morning Joe.”