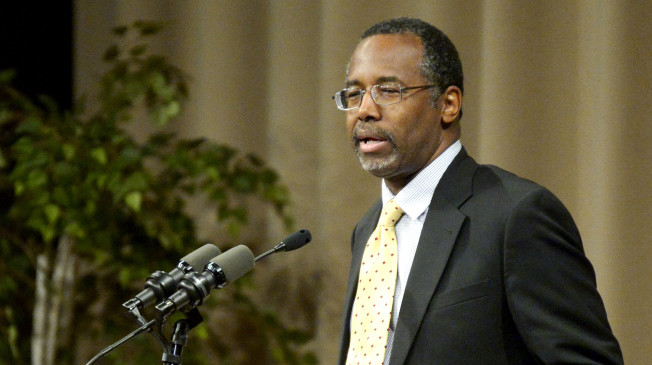 (The Washington Post) – Neurosurgeon-turned-conservative-icon Ben Carson said in a visit to the capital Wednesday that God’s plan for him is to teach Americans that “our strength is in our unity and we need to stop fighting each other.”

What a noble sentiment! And how much nobler it would be if Carson’s time on the national stage hadn’t been devoted to exactly the opposite.

In the 16 months since his speech to the National Prayer Breakfast made him an instant conservative celebrity, he has drawn a parallel between same-sex marriage, and pedophilia and bestiality; he has declared the United States “very much like Nazi Germany”; he has likened Obamacare to slavery; and he has called the veterans’ health-care scandal, in which some died while on waiting lists for medical appointments, “a gift from God” because it shows the ills of government health care.

Along the way, Carson has exhibited the demagogue’s belief that those who don’t agree with him aren’t just wrong: They are un-American and dangerous.

College Has System to Extract Water from Manure

30 Percent of World is Now Fat, No Country Immune