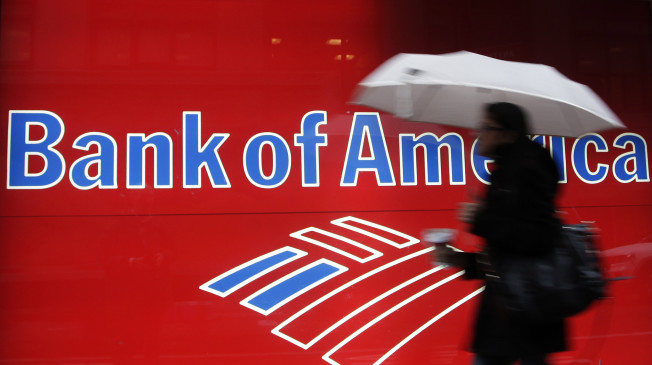 In this Dec. 7, 2011 photo, a woman passes a Bank of America office branch, in New York. Bank of America said Jan. 19, 2012, it made $2 billion in the last three months of 2011 from selling its stake in a Chinese bank and selling debt. That offset losses and higher legal expenses in its mortgage business. (AP Photo/Mark Lennihan)

Charlotte-based Bank of America has given $100,000 to the victims of the June 17 Charleston shooting and to an African American history museum in Charleston slated to open in 2017.

The donation was made earlier this week, and the bank did not issue a press release about it, a Bank of America representative told the Observer.

“Our thoughts and prayers are with the families and we hope this support will help those impacted as we mourn this tragedy,” said Kim Wilkerson, South Carolina president, Bank of America.

Half of the lender’s donation will go to the Lowcountry Ministries – Reverend Pinckney Fund, which provides support to the families of the shooting victims at the Mother Emanuel AME Church. The massacre left nine dead, including the late Rev. Clementa Pinckney, whose namesake fund also supports his ministries.

The other half of the bank’s donation will go to the new International African American Museum, which will tell the history of African Americans of Charleston and the rest of the U.S. and “serve as a new place of healing for the community,” the bank representative said in an email to the Observer. It is slated to open in 2017.