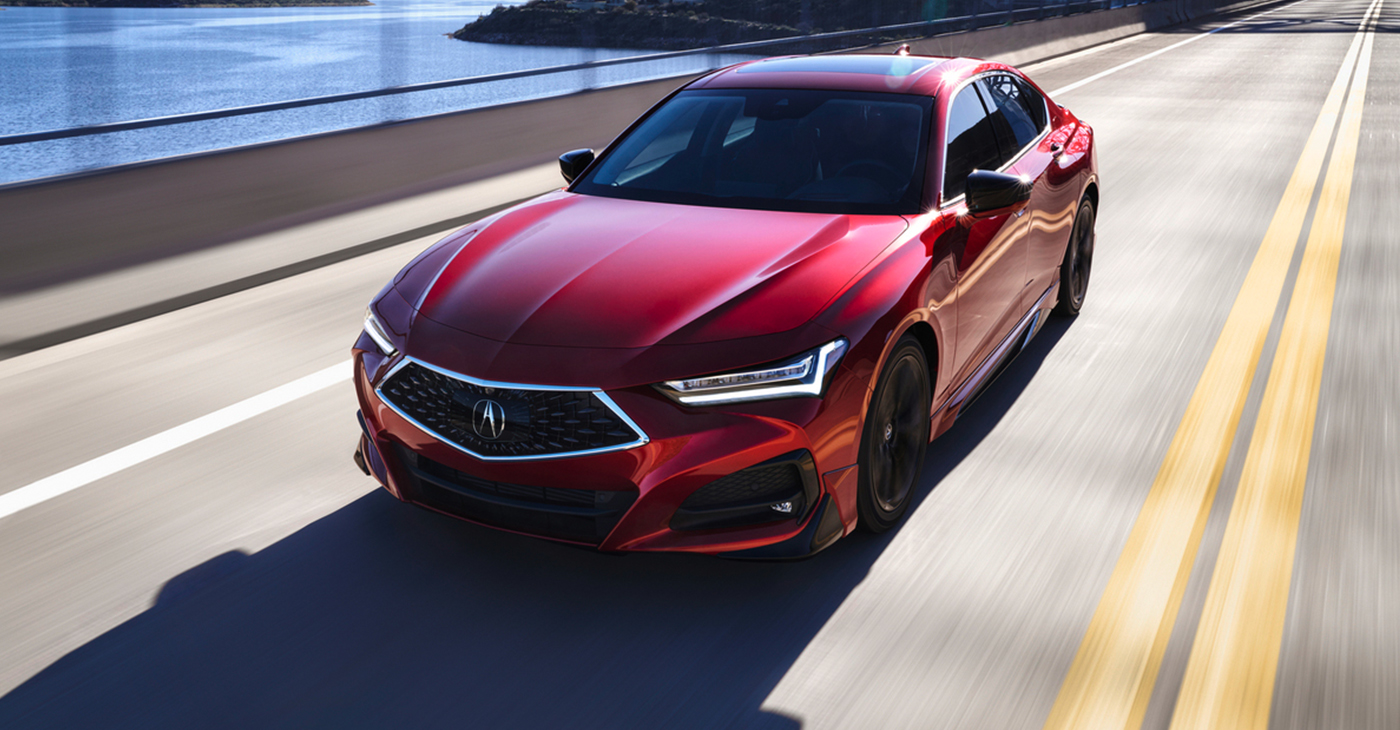 WEST BLOOMFIELD TOWNSHIP, MI – In a classic bury the lead presentation, it was not until the end of telling us about the 2021 Acura TLX, that one of the presenters said, “we’re moving up market.”

This is significant news. Every premium and luxury automaker should be on alert. Acura has always made top quality vehicles briming with customer loyalty. And now they plan to shoulder their way upstream in the market segment.

They’ve already started with the next generation of the RDX compact SUV. It is the bestselling vehicle in the segment.

It made 272 horsepower and 280 lb.-ft. of torque. That is 66 more horsepower and 98 more pound-feet of torque than the engine it replaced. What’s more, peak torque was delivered between 1,600 and 4,500 rpm. That translates into plenty of power at just about any speed.

The new Acura TLX had an EPA rating of 22 mpg in the city, 31 mpg on the highway and 25 mpg combined. There are four trim lines of the 2021 TLX: the TLX, the Tech, the A-Spec, and the Advance

The new TLX was lower than the model it replaced. Acura said the car’s sporty performance intentions are conveyed through its low and wide stance, long dash-to-axle ratio, expansive hood, tapered greenhouse and pronounced rear haunches.

The new TLX had a 3.7-inch longer wheelbase, a 2.2-inch wider body with wider front and rear tracks, +1.2 inches, and +1.6 inches, respectively, a lower roof  by a half inch and an extended dash-to-axle dimension of plus 7.8 inches.

They switched from struts in the front suspension to a double wishbone for improved handling. It did not go unnoticed on a winding route on the streets of these suburbs.

There were a bunch of swells and curves. But we were impressed that the Acura TLX held its track. Steering was easy, the flat bottom steering wheel felt good in our hands. This route didn’t have a straightaway that was more than 3 miles long. In other words, there was a lot of braking and turning; we could not and did not let the car run wild.

We did note that the car was comfortable. The controls were centered in the dash, yet they were focused on the driver. We thought the sedan had a high hip point; it didn’t feel like we were being swallowed by the Acura TLX.

It had a floating infotainment screen set far back atop the dash. We had to lean forward to see if it was a touch screen; it wasn’t. Because of Covid-19 protocols we didn’t have drive partners. Thus, we were at the mercy of the navigation system.

When the system got confused, things were not simple. We could not connect our smartphone so we could use Google Maps, it was difficult to use the touch pad to reprogram the navigation system. In frustration, we turned the car off and the system rebooted itself.

One of the things we noticed and asked about was the engine; we thought it a tad loud. But someone told us that was done by design. They wanted to give the car some grunt for enthusiasts. We think they should make that optional as in a switch to turn on some sort of echo exhaust.

On the top-of-the line Advance, one presenter told us that in the interior metal is metal and wood is wood. In other words, these materials were not simulated. This trim line had 19-inch machine finished aluminum alloy wheels. And there was a 17-speaker, 16-channel, 700-watt audio system.

There was a touchpad interface that controlled the 10.2-inch center display screen. The car had Apple CarPlay and Android Auto. It also had over the air updates. There were 27 themes of ambient interior lighting.

Base pricing started at $37,500 for the TLX and topped out at $46,300 for the Advance. And those prices were for front-wheel drive.

Since 1988, Frank Washington has covered the automotive industry. He has been honored by the Detroit Press Foundation and he has received the International Wheel Award and the Golden Wheel Award. Frank was also a part of a team of reporters that won a National Magazine Award.