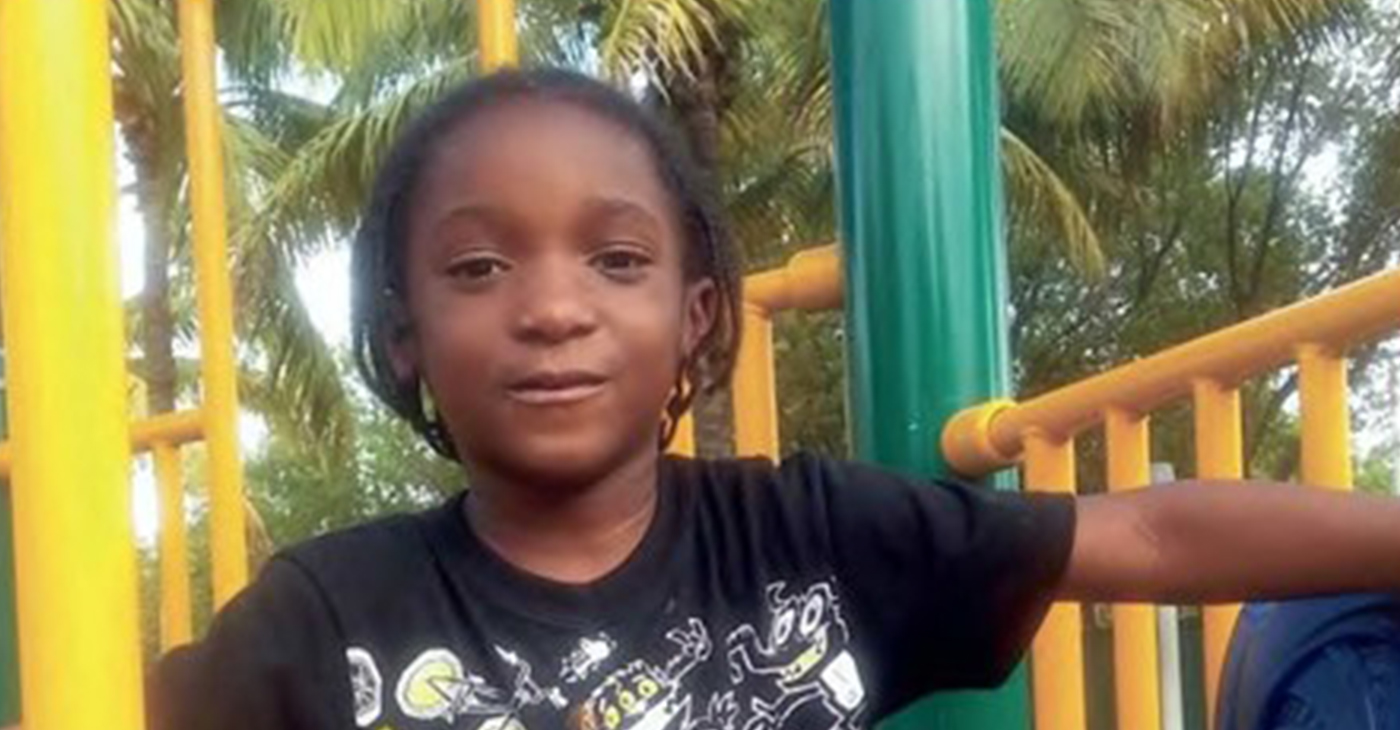 MIAMI, Fla. – Shaniel Miles is a mother of three children, and now an expert and advocate – by necessity ¬– on autism. Three years ago, when Shaniel took her then 5-year-old son Geremy for his check-up she was told he was just fine, even though he wasn’t speaking much. “He’ll catch up,” the doctor told her. “Boys are just slower.”

Later that year, Geremy entered kindergarten. His teachers never complained about him, but they also never let Shaniel know that Geremy still wasn’t speaking or socializing with classmates. At the end of the school year, Geremy was held back.

“I thought it was so that he could mature a little bit more,” Shaniel said. “He understood what was going on. We just thought he didn’t like to talk much.”

A year later Geremy entered first grade. When Shaniel asked about Geremy’s progress, teachers told her that although he was well behaved, he didn’t participate in classroom activities or do classwork. She called for a meeting with his teachers, the principal, the school counselor, and school psychologist so she could understand her son’s situation better. Together they all came up with a plan to monitor him more. But when newly implemented daily reports came home, Shaneil got the same news over and over:

Geremy wasn’t doing any classwork and he wouldn’t speak to the teacher. The teachers didn’t offer up any explanation or any solutions.

Today, “One in 62 African American children in the U.S. has an autism spectrum disorder and those children are frequently misdiagnosed or diagnosed later than other children, which may result in longer and more intensive intervention,” says Dr. Michael Alessandri, executive director of the University of Miami – Nova Southeastern University Center for Autism and Related Disabilities (UM-NSU CARD).

In Geremy’s case, he was 7 years old, Alessandri noted. “His speech delay and tendency to avoid eye contact with adults were early indicators of an autism spectrum disorder. Research shows early identification and family support have long-term benefits for children with autism. Unfortunately, Geremy’s story is all too common.”

When teachers told his mother they didn’t have time to work with him individually, she said, “I decided there wasn’t any more time left to waste with the school’s bureaucracy, and I made an appointment with a private psychologist.”

After the psychologist spent a few sessions with Geremy, and his parents, he was diagnosed with autism spectrum disorder (ASD).

“We were shocked and didn’t know what to think” said Miles. “But at the same time, we were relieved, because the psychologist confirmed what we had suspected. Geremy wasn’t progressing like the other children and he needed help. It took almost two and a half years, to figure it out. But we were determined to help our child and committed to doing what’s necessary to get him all the help he needs to get back on track,” Shaniel explained.

Autism spectrum disorder is a neurological condition that affects the way the brain develops and processes information. It is characterized by impaired social interactions, problems with verbal and nonverbal communication, and unusual, repetitive, or severely limited activities and interests. It is considered a “spectrum” disorder because it varies widely in its specific behaviors and severity from one person to another. Some individuals present with such mild symptoms that the disorder may go largely unnoticed by others.

“Parents, educators and medical professionals all need to be aware of the common and varied indicators of a possible autism spectrum disorder,” Alessandri said. Some of those include:

• Not responding to their name by 12 months,
• Not pointing at objects to show interest such as toys or airplanes by 14 months,
• Not playing “pretend” games, such as pretending to “feed” a doll by 18 months,
• Having trouble understanding other people’s feelings or talking about their own feelings
• Repeating words or phrases over and over (echolalia)
• Giving unrelated answers to questions
• Getting upset by minor changes
• Having obsessive interests
• Flapping their hands, rocking their body, or spinning in circles
• Having unusual reactions to the way things sound, smell, taste, look or feel.

“When any of these signs present themselves, it’s always best to speak to a medical professional, and if you’re not comfortable with what your family doctor or pediatrician is telling you, get a second opinion,” said Alessandri. “Symptoms can also vary by age and developmental level, with younger individuals often displaying different symptoms than older individuals. In all cases, individuals with ASD or other related conditions can benefit from early and appropriate treatment.”

UM-NSU CARD has offices in Broward, Miami-Dade and Monroe Counties and can help families get a thorough evaluation and proper diagnosis. From there clients can be provided primary services including information, resources, medical referrals and support groups. Additionally, the state-financed program provides training and workshops for parents and educators, as well as public education and awareness activities.

“We want to create a community and provide the information, support, and strategies that help individuals with autism and their families succeed in all stages of life,” Alessandri said.

“We wish we’d known about them earlier in the process. It would have saved us a lot of time and frustration,” said Miles. “But now were on the right track and we know what’s possible for our son.”

Today, 8-year old Geremy is in second grade and attends a public school in MiamiDade County that has a specialized program for students with ASD along with specially trained teachers who understand his needs and potential.

“He’s thriving and is on the honor roll,” Miles said. “We are very proud of him.”