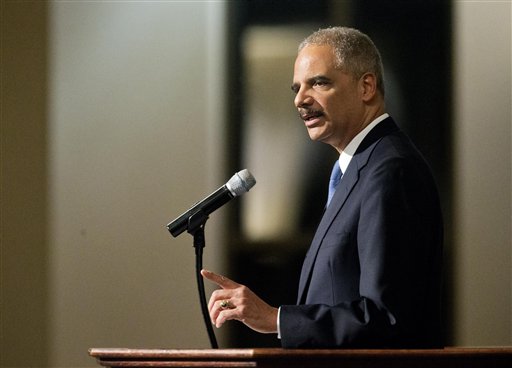 (CBS News) – Attorney General Eric Holder says that he will soon call on Congress to lower the standard of proof in federal civil rights cases, to allow federal prosecution where local authorities are unable or unwilling to get a conviction.

“There is a better way in which we could have federal involvement in these kinds of matters to allow the federal government to be a better backstop in examining these cases,” Holder said in an NBC News interview conducted on Thursday.

On Tuesday, the Justice Department announced that it found insufficient evidence to pursue federal criminal civil rights charges in the 2012 shooting death of a black teenager, Trayvon Martin, in Florida.

In a written statement, government lawyers said their decision in the case was “limited strictly to the department’s inability to meet the high legal standard” in the civil rights statutes.

Holder is expected to announce within the next few weeks whether the government will bring civil rights charges stemming from last year’s shooting of an unarmed black man, Michael Brown, by a white police officer in Ferguson, Missouri.