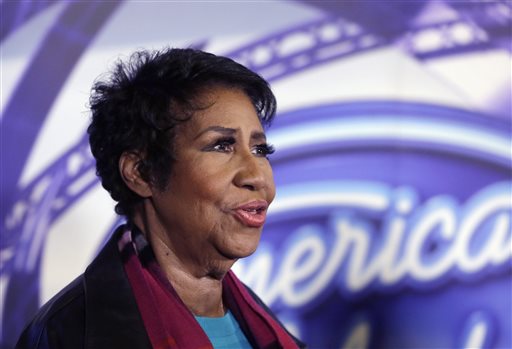 In a March 4, 2015, file photo, singer Aretha Franklin is interviewed after a taping for American Idol XIV at The Fillmore Detroit. A federal judge in Denver on Friday, Sept. 4, 2015, blocked the scheduled screening at the Telluride Film Festival of the film Amazing Grace, which features footage from 1972 of a Franklin concert, after the singer objected to its release. (AP Photo/Carlos Osorio, File)

NEW YORK (AP) — The producers of the Aretha Franklin documentary “Amazing Grace” have withdrawn the film from the Toronto Film Festival amid a legal dispute with the singer.

Last week, a screening of “Amazing Grace” was halted just hours beforehand at the Telluride Film Festival by a federal judge in Denver. Lawyers for Franklin filed a lawsuit to prevent its release, claiming footage used in the film, shot by director Sydney Pollack in 1972, can only be used with Franklin’s consent.

The Toronto Film Festival said in a statement Tuesday that it is “extremely disappointed that Toronto audiences will not be able to see this extraordinary piece of art.” The festival added it hopes a resolution is soon found so audiences can see “a cinematic treasure of 20th century music.”

Vanessa Williams, Who Resigned as Miss America in 1984, Will Judge 2016 Pageant