Are BRICS Trying to ‘Shield’ Their Corrupt Public Institutions with the New Development Bank?
Advertisement 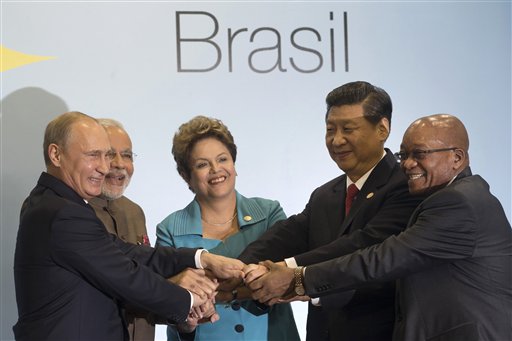 (DNA India) – The idea of the BRICS Bank was to end the subordination to the Western institutions and economic thought that was being propagated by the likes of the World Bank and the International Monetary Fund (IMF).

The liberalisation policy was pushed down the throats of developing and poor countries, in the name of the ‘only solution for weeding out corruption and to achieve high growth’, have already taken its toll on numerous countries in Africa. The responses of the World Bank in helping East Asian countries through the financial crisis of the 90s, or even Latin American countries and Mexico in tiding over their economic crises blew the lid off the West’s agenda to force these countries to liberalise their economies – a single panacea without diagnosing the different ailments.

Israel Says It Has Sent Ground Troops to Gaza