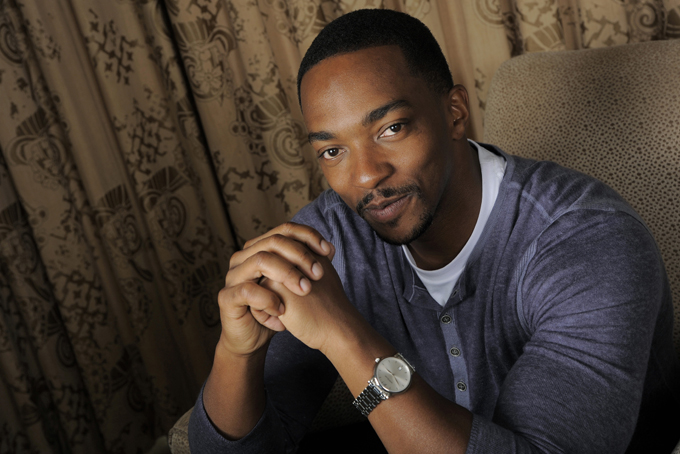 In this Wednesday, March 12, 2014 photo, Anthony Mackie, a cast member in “Captain America: The Winter Soldier,” poses for a portrait in Beverly Hills, Calif. (Photo by Chris Pizzello/Invision/AP)

(Variety) – Relativity is in talks to develop a biopic about American track and field hero Jesse Owens with Anthony Mackie attached to star.

It’s the third Owens movie in the works in Hollywood, following the completed “Race” at Focus and an untitled Owens project at Disney, based on the book “Triumph,” written ESPN host Jeremy Schaap.

Owens, the son of an Alabama sharecropper, shattered Adolf Hitler’s myth of Aryan supremacy by winning a record four gold medals in the 100-meter dash, the 200-meter dash, the long jump and the 400-meter relay at the 1936 Olympics in Berlin.

Hitler had insisted Jewish people and African-Americans not be allowed in the Games, but relented when threatened with a boycott. He shook hands only with the German victors on the first day of competition and then skipped all further medal presentations.