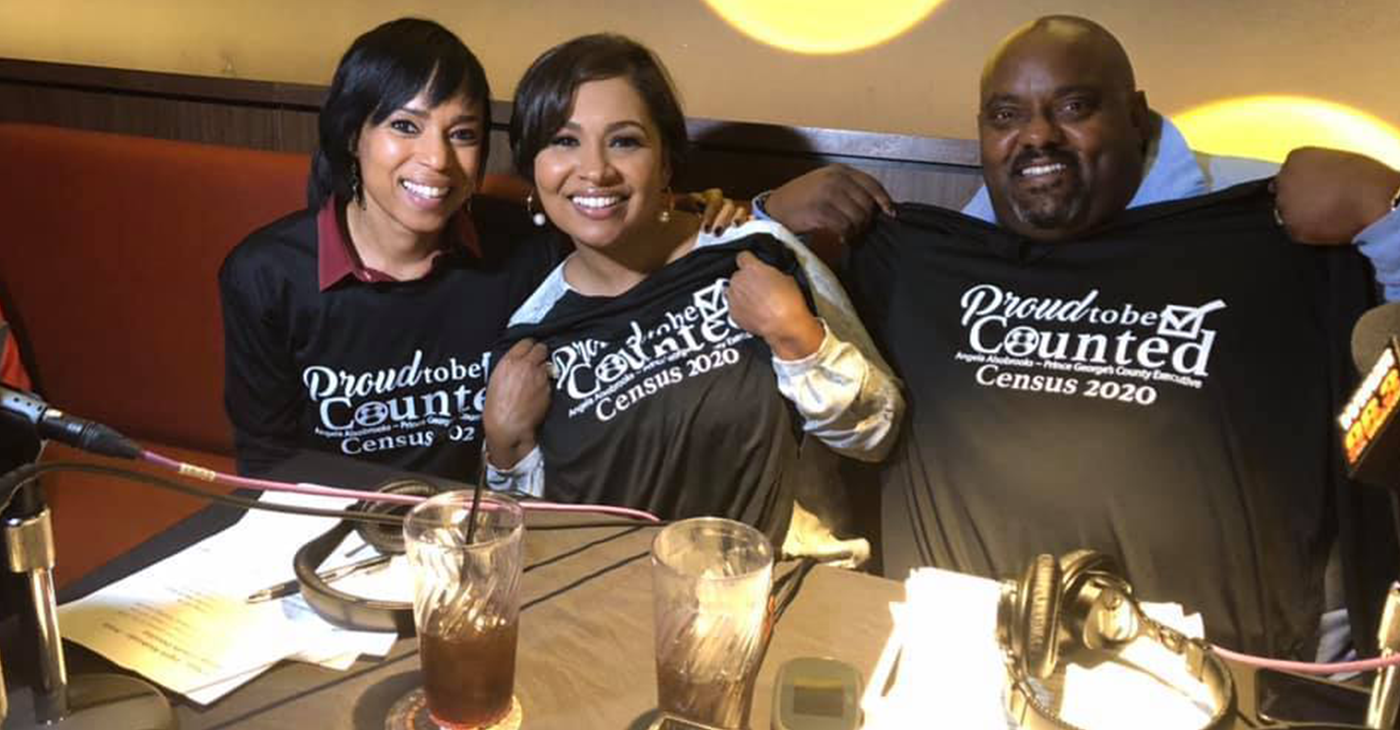 While County Executive Angela Alsobrooks continues to promote her “Prince George’s Proud” initiative, she wants everyone to count…literally. Alsobrooks is determined that all residents are counted during the 2020 United States Census and are aware how important being counted really is to the County.

Over 130 federal programs use Census data to determine how federal money is distributed among states and local municipalities. For every jurisdiction in Maryland, including Prince George’s County, estimates are they will lose out on $1,825 per person per year in federal funding for every single person not counted.

According to her most recent newsletter to County residents, the loss from the 2010 Census in Prince George’s County was an undercount of 20,000 residents, estimated to have cost $363 million in federal funding for the County over the last 10 years. That loss has greatly affected social programs on which many residents are counting.

This federal funding affects some of the most critical programs and services in the County, including: the Children’s Health Insurance Program (CHIP), Medicare for senior citizens, school breakfast and lunch programs, housing assistance, highway planning, along with construction and maintenance.

While the focus of America is on the 2020 Presidential elections, Alsobrooks is helping Prince George’s County by getting a head start on the Census in countdown to next year. The County has established the Census Team that is planning events throughout the remainder of this year and into next spring, leading up to Census Day on April 1, 2020.

“We want every resident to be proud to be counted,” Alsobrooks writes in her newsletter.

The Census Team will be going face to face with residents in the County trying to increase awareness leading to the time when they are scheduled to be gathering their actual information.

Alsobrooks and her team of volunteers are actively recruiting Census Ambassadors. These individuals are being charged with attending events and spreading the message about the importance of collecting Census data within networks in their community. Students are being encouraged to participate in this effort to gain valuable educational insight into the importance of a Census count while receiving community service-learning hours.

The 2020 Census Ambassadors began their outreach efforts with a kickoff Census Block Party at the Dave and Buster’s restaurant and entertainment complex at Ritchie Station in Capitol Heights. Allison Seymour and Marc Clarke broadcast their afternoon radio show on WHUR live from the block party Oct. 22. The free event included food, and several giveaways while citizens learned about the importance of 2020 Census in a fun environment.

From Athlete to Sales Rep.