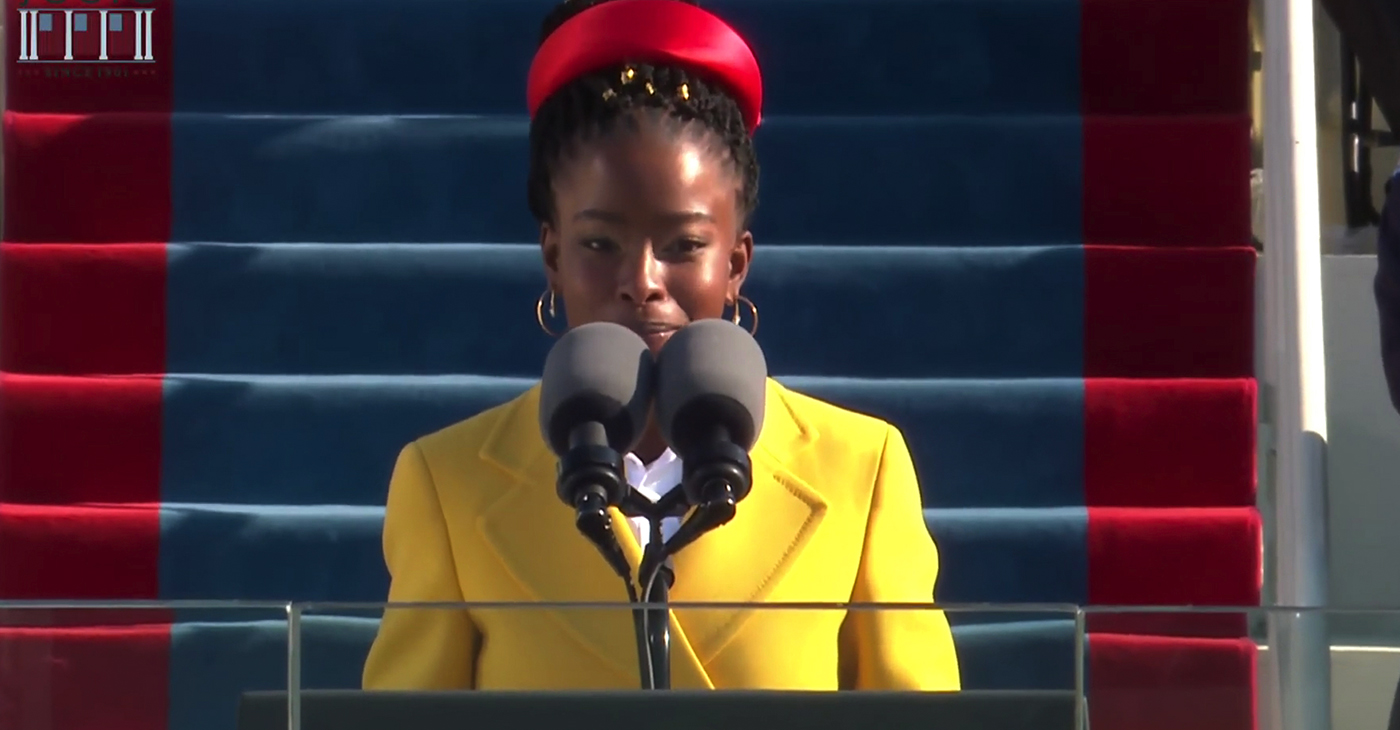 Amanda Gorman was born in Los Angeles and studied sociology at Harvard University.

On Wednesday, Jan. 20, Gorman, an African American, was the youngest poet to perform at a presidential inauguration.

Gorman performed alongside Lady Gaga, who sang the national anthem, and Jennifer Lopez.

The young poet delivered “The Hill We Climb,” which included lines about the Jan. 6 insurrection at the U.S. Capitol.

“We’ve seen a force that would shatter our nation rather than share it, / Would destroy our country if it meant delaying democracy. / And this effort very nearly succeeded. / But while democracy can be periodically delayed, / It can never be permanently defeated,” Gorman has written.

It is not the first time Gorman will have a national stage. In 2017, she read at the inauguration of the 22nd U.S. poet laureate, Tracy K Smith. She has also performed for Al Gore, Hillary Clinton, Malala Yousafzai, and Lin-Manuel Miranda.

“I wasn’t trying to write something in which those events were painted as an irregularity or different from an America that I know,” Gorman told the Los Angeles Times.

“America is messy. It is still in its early development of all that we can become. And I have to recognize that in the poem. I cannot ignore that or erase it. And so, I crafted an inaugural poem that recognizes these scars and these wounds. Hopefully, it will move us toward healing them.”