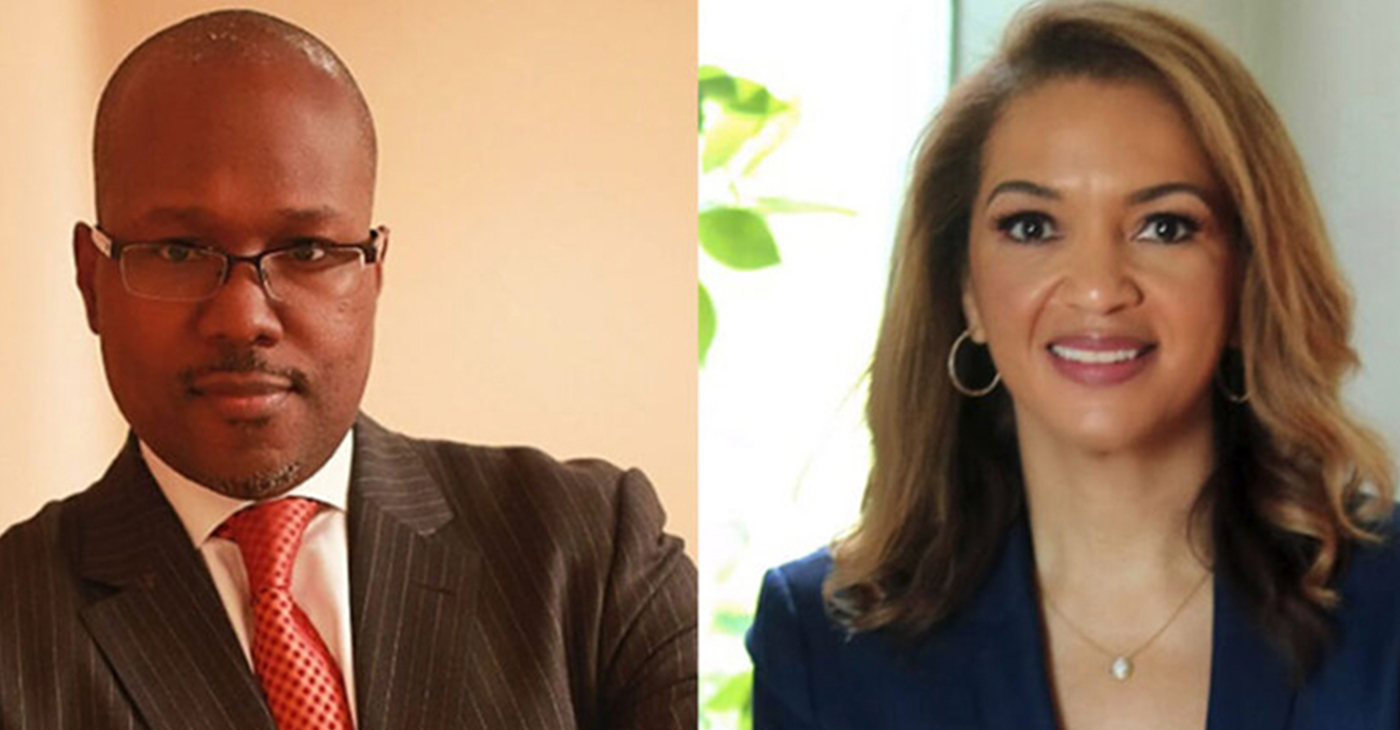 “The mission and purpose of MEOA will help to catapult minority enterprise in this country,” said Shawn Rochester.

Shawn Rochester, who authored the spellbinding book “The Black Tax: The Cost of Being Black in America,” and Robin Watkins, a highly regarded financial and operations accountant, have made Wall Street history.

And the two are poised to break through more barriers in the financial world.

“It’s amazing to be a part of this,” Watkins, a Drexel University graduate, stated.

While Rochester serves as CEO of MEOA, Watkins counts as the company’s CFO.

“I come from a family of entrepreneurs,” Watkins remarked during an appearance on PBS-TV and PBS-World’s The Chavis Chronicles with National Newspapers Publishers Association (NNPA) President and CEO Dr. Benjamin F. Chavis, Jr.

Because her grandfather owned a trucking company and café in Lawrenceville, Virginia, and her father and other family members were entrepreneurs, Watkins leaped at this latest opportunity.

MEOA raised the money after its initial public offering in August and now counts as the first special purpose acquisition company – or SPAC – headed by African Americans.

“We are trading now on the Nasdaq under MEOAU,” Rochester, who earned a master’s degree in Business Administration from The University of Chicago Booth School of Business with a focus in Accounting, Finance, and Entrepreneurship.

According to financial experts, SPACs generally have two years to complete an acquisition.

If they fail, the company must return the money raised to its investors.

For Rochester and Watkins, failure isn’t an option.

Rochester said they are looking at companies with enterprise values between $250 million and $500 million with recurring and predictable revenues.

The criteria include having a history of being able to generate sustainable free-cash-flow.

“There is unprecedented demand for diverse suppliers, but many minority firms don’t have the resources to meet the demand,” Rochester said.

“That’s where MEOA, and the decades of combined experience that our team has in operations, strategy, business development, and acquisitions enter the picture for the right business, to help accelerate growth,” he continued.

Further demonstrating a commitment to racial equity and economic inclusion, MEOA engaged the Industrial Bank of Washington, one of the country’s preeminent Black-owned institutions, for its working capital banking needs during the SPAC and IPO process.

“The mission and purpose of MEOA will help to catapult minority enterprise in this country,” Rochester asserted.

“As a SPAC, we have the opportunity to not only help drive significant change and unleash superior performance but to also signal to the broader marketplace that there is tremendous value in companies and teams that have long been ignored.”

COMMENTARY: Your Ancestors Didn’t Have a Problem With it!