ABC's 'How to Get Away With Murder,' 'Black-Ish' Get Full-Season Orders
Advertisement 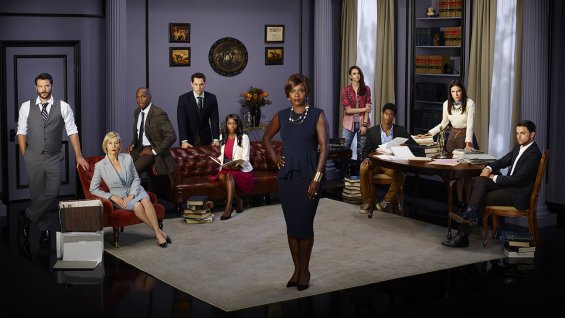 “How to Get Away With Murder” (Craig Siodin/ABC)

The network has picked up Pete Nowalk‘s How to Get Away With Murder and Kenya Barris comedy Black-ish for full seasons, The Hollywood Reporter has learned. Both shows hail from its studio counterpart, ABC Studios. Murder will run for 15 episodes — the most that star Viola Davis‘ movie schedule can permit — while Black-ish is for a standard 22 episodes.

The Shonda Rhimes-produced Murder, created by Shondaland disciple Nowalk, became the banner’s newest hit after opening to a whopping 14 million total viewers and a 3.8 among adults 18-49. The demo haul tied the fourth season debut of Rhimes’ Scandal and topped its lead-in among total viewers. The drama was the most-watched scripted entry for the night, which included Scandal and veteran Grey’s Anatomy.

When factoring in three days of delayed viewing, the Davis starrer set a record, becoming the biggest DVR viewership in history. The series jumped to 20.3 million total viewers and a 5.6 in the demo — topping previous freshman demo leader Gotham and its total haul as well. Murder also topped previous record-holder The Blacklist, with only The Big Bang Theory posting more growth with three days of viewing in the demo.