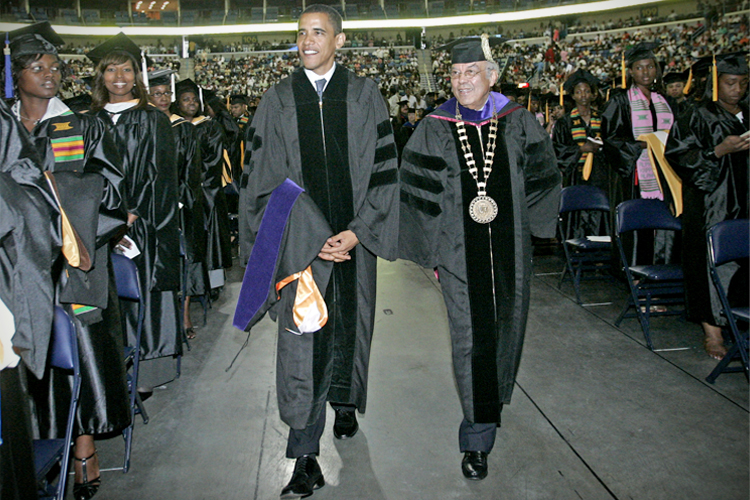 (New York Times) – Norman Francis was just a few years into his tenure as president of Xavier University of Louisiana, a small Catholic institution in New Orleans, when a report that came across his desk alarmed him. It was an accounting of the nation’s medical students, and it found that the already tiny number of black students attending medical school was dropping.

It was the 1970s, at the tail end of the civil rights movement. Francis, a black man in his early 40s, had spent most of his life under the suffocating apartheid of the Jim Crow South. But after decades of hard-fought battles and the passage of three major civil rights laws, doors were supposed to be opening, not closing. Francis, the son of a hotel bellhop, had stepped through one of those doors himself when he became the first black student to be admitted to Loyola University’s law school in 1952.

Francis believed he was in a unique position to address the dearth of black doctors. Xavier served a nearly all-black student body of just over 1,300. At the time, most of Xavier’s science department was housed in an old surplus Army building donated to the college by the military after World War II. It had no air-­conditioning, and the heater was so loud in the winter that instructors had to switch it off to be heard. But the science program had always been strong, if underfunded, and began producing its first medical-­school students not long after the university was founded in 1925.