A Modern Family With Issues
Advertisement 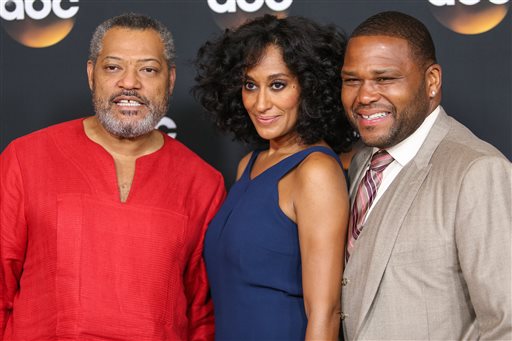 (New York Times) – The first time I heard about “Black-ish,” ABC’s new sitcom about an affluent black family in Los Angeles, I was skeptical about its premise. Early commercials and previews played up tired stereotypes about “acting white,” made jokes about curvy behinds and took shots at the heritage of the show’s biracial matriarch, played by the effervescent Tracee Ellis Ross. The coup de grâce was the title, which seemed to suggest that the family’s status was not in line with it means to be authentically black in America.

But a few episodes in, the show has taken a much more nuanced and complicated dive into racial identity than initially advertised, particularly in the way it weaves plotlines around assimilation and appropriation, and how they impact black culture. In one episode, Anthony Anderson, who plays the father, frets over his son’s decision to go by Andy, instead of Andre, at his predominantly white school. In another, he lectures his son on the importance of acknowledging other black people he encounters, saying, “No matter who you are, or where you’re at, it’s your duty to give ‘the nod.’ ”

And hovering above all that is a more subtle — and quietly clever — narrative arc, involving the gap between parents and children and how each generation has a different awareness of what it means to be black in 2014.

“The PC way of handling culture has been to not talk about it,” Kenya Barris, the show’s creator, said in an interview. “But we should be talking about it.”

Joan Rivers: Melissa Has ‘No Choice’ But to Sue

LAPD Sgt. in Hot Water for Leaking Daniele Watts Arrest Tape: ‘I’ve Got More Charges Against Me Than She Has’