A Glance at National Protests, Cleanup in Ferguson
Advertisement 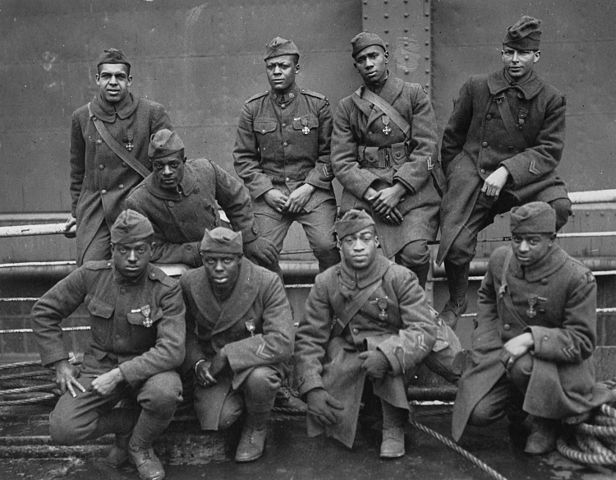 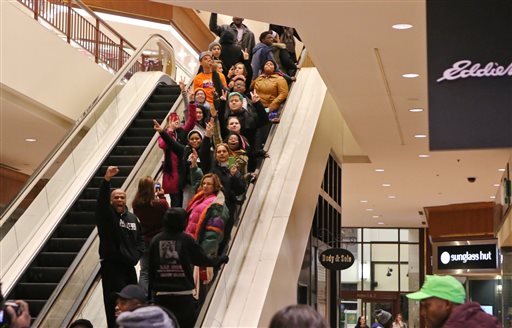 Protesters of the grand jury decision in the Michael Brown shooting chant slogans at the St. Louis Galleria mall on Wednesday evening, Nov. 26, 2014, in Richmond Heights, Mo. They stayed in the mall for about 15 minutes and then left peacefully without confrontation with a large police presence. (AP Photo/St. Louis Post-Dispatch, J.B. Forbres)

ST. LOUIS (AP) — Protesters turned out in several U.S. cities on one of the busiest shopping days of the year Friday in response to a grand jury’s decision not to indict the police officer who fatally shot 18-year-old Michael Brown in Ferguson, Missouri.

Here’s a look at the protests, which are turning their attention to disrupting commerce, and the latest in the case:

Crowds of protesters prompted authorities to temporarily close three large shopping malls in suburban St. Louis, including the St. Louis Galleria, about 10 miles south of Ferguson, where at least 200 protesters sprawled onto the floor while chanting, “Stop shopping and join the movement.”

Later Friday night, a group of about 100 protesters marched down South Florissant Road in front of the city’s police and fire departments chanting, blocking traffic and stopping in front of some businesses. Sixteen people were arrested.

In California, more than a dozen people were arrested in Oakland after about 125 protesters wearing T-shirts that read “Black Lives Matter” interrupted train service from Oakland to San Francisco, with some chaining themselves to trains. Later in San Francisco, a march by hundreds turned ugly as protesters smashed windows and hurled bottles and other objects at police, leaving two officers injured. Police responded by making arrests but have not said how many.

In and around Ferguson, community members were toting brooms and shovels Friday while helping clear an area where several businesses were damaged by the fires and looting that erupted following Monday night’s grand jury announcement.

At least a dozen commercial buildings were destroyed by fires, though residents have been cleaning up and even decorating boarded-up windows with colorful artwork. There was even entertainment on Friday: Eugene Gillis was outside a burned-out building with his trumpet playing Christmas carols.

In neighboring Dellwood, where several buildings were burned and looted, Mayor Reggie Jones asked state and federal officials to help rebuild. He also called on state leaders to explain why the National Guard wasn’t deployed to help protect Dellwood, as was done in Ferguson.

Brown, who was black, was unarmed when he was fatally shot by Ferguson police Officer Darren Wilson, who is white, following an altercation Aug. 9 in a local street. The shooting stirred racial tensions and prompted several days of strong and at times violent protests in Ferguson, a predominantly black community patrolled by a mostly white police force.

A grand jury was later assembled, and its nine white and three black members spent three months hearing more than 70 hours of testimony from 60 witnesses. Their decision not to indict Wilson was announced Monday night.