A Day in the Life of Mo'ne Davis, Reluctant Cover Girl
Advertisement 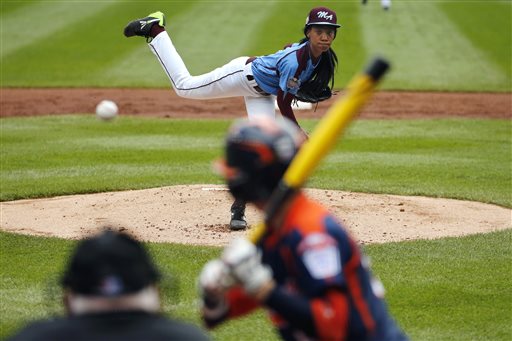 SOUTH WILLIAMSPORT, Pa. (Philadelphia Inquirer) – At first, she tried to disguise herself by wearing a hoodie, but her hazel eyes and iconic braids were a dead giveaway.

She has her own escort now, a driver who ferries her around the Little League complex in a golf cart. It’s the only way she can move about without being mobbed.

Sometimes she just wants to watch some of the other players play, but even that is difficult when you’re the cover girl, Mo’ne Davis, the first girl to pitch a shutout in the Little League World Series, and the most recognizable face on a dream roster of smart, fearless kids from Philadelphia.

So she stops and signs the autographs, agrees with a quiet sigh to almost every interview, when you know she would really rather hang with her team.

Age No Opponent for Some of NFL’s Veteran Stars