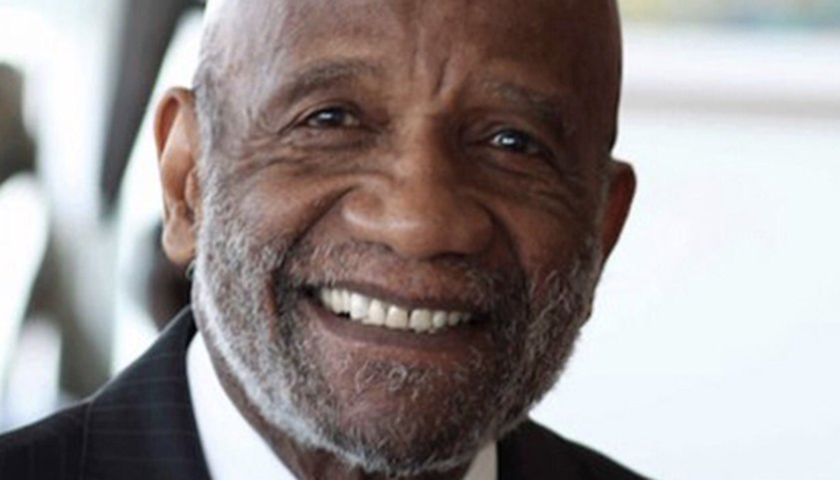 Perhaps no other voice—or pen—captured the real life of Africans and African Americans like Lerone Bennett Jr., the former editor of EBONY and Jet magazines, who died on Wednesday, February 14 at the age of 89.

Among his many hard-hitting and compelling works was the exposé, “Before the Mayflower: A History of Black America,” in which Bennett traces Black history from its origins in western Africa, through the transatlantic journey and slavery, the Reconstruction period, the Jim Crow era, and the Civil Rights Movement.

The book was later re-issued five more times and ultimately included life in the 1990s.

Bennett would go on to pen at least 10 books, including the eye-opening, 2000 book titled “Forced into Glory: Abraham Lincoln’s White Dream,” which, for some, shattered centuries-old myths about America’s 16th president’s involvement in the freedom of slaves.

A description of the book on Amazon.com said: “Beginning with the argument that the Emancipation Proclamation did not actually free African American slaves, this dissenting view of Lincoln’s greatness surveys the president’s policies, speeches, and private utterances and concludes that he had little real interest in abolition.”

Pointing to Lincoln’s support for the fugitive slave laws, his friendship with slave-owning Senator Henry Clay, and conversations in which he entertained the idea of deporting slaves in order to create an all-White nation, the book, concludes that the president was a racist at heart—and that the tragedies of Reconstruction and the Jim Crow era were the legacy of his shallow moral vision.

“Smart man and great author. His book [about Lincoln] changed my life,” said comedian Sinbad. “Before the Mayflower’ educated me about the need to research our true history.”

Others too expressed their sadness and profound gratitude for Bennett.

“I am personally saddened by the death of Lerone Bennett Jr. We have lost another great journalist who will be sorely missed,” said Dorothy R. Leavell, the chairman of the NNPA and editor and publisher of the Crusader newspapers in Chicago, Illinois and Gary, Indiana. “We knew him as the conscience and voice of EBONY and Jet magazines and through the many books he published. The world is richer, because of his work here on earth and we are grateful for his many contributions.”

Bennett counted as an elegant scholar and freedom fighter who used the power of his pen to awaken millions of people to the true history of African people in America and throughout the world, said NNPA President and CEO Dr. Benjamin F. Chavis Jr.

“Bennett’s journalistic genius will be missed, but his contributions to documenting the struggles and triumphs of Black men, women and children will continue to be cherished by generations far into the future,” Chavis said. “The NNPA salutes the living legacy of Lerone Bennett Jr. with a commitment to pick up his pen and put it into the hands of today’s freedom fighting publishers, editors and journalists.”

Bennett worked for EBONY for nearly 50 years, after starting at Jet in 1951 and then moving to the sister publication in 1953. By 1958, he was the executive editor.

“Lerone worked side by side with my father in establishing EBONY’s voice,” EBONY CEO Linda Johnson Rice told the Chicago Sun-Times. “He was the guiding light for the editorial vision of EBONY. Lerone was not just essential in the formation of EBONY’s historic trajectory, he was a pillar in the Black community.”

The Griot reported: “In addition to being remembered as an editor for these two magazines, Bennett, a graduate of Morehouse College, is known for his books, many of which cover the Black experience in America and the civil rights movement.”

Bennett’s footprints are cemented at the International Civil Rights Walk of Fame in Atlanta and he once served on President Bill Clinton’s Committee on the Arts and Humanities. The veteran journalist and historian also served as an early adviser to the Smithsonian’s National Museum of African American History and Culture.

“A classmate & biographer of Dr. King, during the turbulent 60’s, his was a pen that mattered. As historian, author of ‘Before the Mayflower’, editor of Ebony magazine, the most read voice of the freedom struggle, his impact will long be felt and remembered,” Jackson tweeted.

From its official Twitter account, the NMAAHC tweeted, “it is with great sadness and profound sense of loss that we share the news of the death of Lerone Bennett Jr., a gifted historian and journalist.”

On Twitter, Bernice A. King called Bennett a beloved and brilliant man.