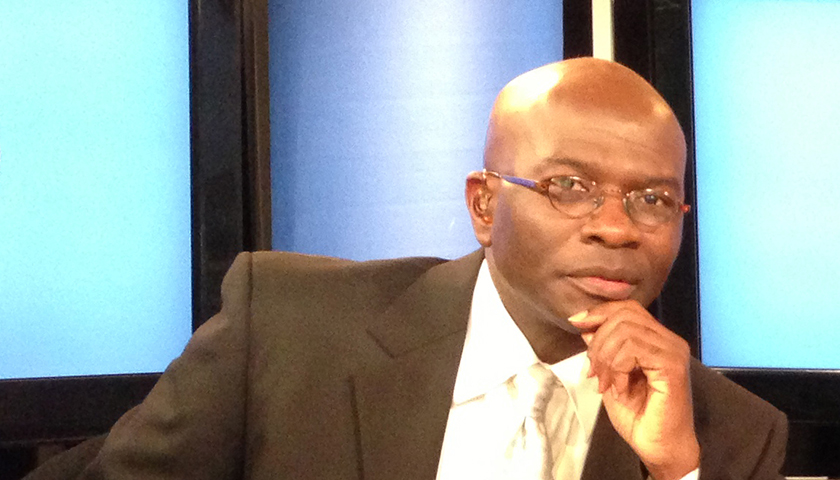 The election of Donald J. Trump signals very dark days ahead. Not for the American people, of course, but for our nation’s enemies and adversaries in the Middle East.

The American people turned out to the polls in record numbers for the election, and they delivered the future President Trump an undeniable and strong mandate to lead. With the Republican Party in control of both the House and the Senate, Trump is poised to avoid the gridlock that has perpetually plagued Washington, and actually get things done.

It’s a new day in America, and we should expect tremendous changes when it comes to how America approaches conflict in the Middle East. President Obama withdrew from the region, minimizing American power and diminishing our much-needed presence and leadership. President Trump will bring that indispensable leadership back to the Middle East, and the world will be better for it.

Notably, the presidency of Donald Trump signals a rekindling of the historic ties that have bound America to its closest ally and the only true democracy in the region, the Jewish state of Israel.

Trump has a strong affinity for the Jewish people. It’s not just politics—it’s personal. His daughter Ivanka is a convert to Judaism, and his Orthodox Jewish son-in-law Jared Kushner has been a trusted advisor on the campaign trail. Trump has spoken with pride about his Jewish grandchildren.

His affection for Israel will be reflected in his policies, too. Trump’s Israel advisors recently issued a position paper noting that his administration will veto any United Nations vote that unfairly singles out Israel. It shames UNESCO for its clear egregious bias against Israel. It pledges that he will move the U.S. Embassy to Jerusalem and recognize the holy city as the uncontested capital of Israel. Trump has also derided the idea that a solution to the Israeli-Palestinian conflict can be imposed from outside parties, including the UN.

And Trump is not the only rock solid pro-Israel leader on his ticket. During his time serving in Congress, Vice President-elect Mike Pence was one of the most stalwart supporters of the U.S.-Israel relationship.

A devout Christian, Pence has said that his support for Israel is rooted deeply in his faith. Among his many laudable achievements in office, Pence signed one of the strongest laws against the anti-Semitic Boycott, Divestment and Sanctions movement. He advocated for robust military aid to Israel, and he led bids to place conditions on funding for the Palestinian Authority.

With Donald Trump in the White House, Israel can be assured that the United States will fight alongside it to protect the Jewish state from the many perils of its neighborhood.

Both Trump and Pence have repeatedly spoken of the dangers of the disgraceful Iran deal. Both have opposed the agreement, which hands $150 billion to a thuggish, terrorist regime. Trump has pledged to revisit this misguided and dangerous deal and address its many shortcomings.

While negotiating this deeply flawed agreement, Obama bent over backwards to give Iran concession after concession and Secretary of State John Kerry was outfoxed and maneuvered, time and again. The unelected mullahs in Iran must surely feel much more uneasy about the future.

Donald Trump has been making deals throughout his entire illustrious career, and he is a master of negotiation. With him in the Oval Office, the world should expect an end to America’s bad deals with tyrannical dictatorships that put our allies in danger. Now, America’s interests will be put first.

Meanwhile, U.S. allies in the Middle East should be breathing a collective sigh of relief. No longer will our country be so quick to turn its back on long-time friends. Countries like Egypt that are fighting terrorists should be gratified that the most powerful country in the world will be led by someone who understands, and is unafraid to confront, the existential threat that radical Islamic terrorism poses to the democratic way of life. In fact, Egyptian President Abdel Fattah al-Sisi was among the first foreign leaders to call and congratulate the President-elect.

Moving forward, America is going to be smarter and more strategic in the choices it makes in the international arena. Gone are the days when America draws a red line in Syria and backs away from it, showing dangerous and bloodthirsty regimes that America is afraid to live up to our commitments and that we lack the moral courage to follow through on our pledges.

A lack of leadership in the Middle East created a vacuum filled by nefarious actors, including ISIS. We will not make that mistake again. There’s a new Commander-in-Chief in town, and our enemies should be frightened.

As President Trump looks to “Make America Great Again,” that includes demonstrating to our closest allies in the Middle East that we stand with them. It will mean showing them that America is not just a paper tiger, and that we are unafraid to stand strong against tyranny.

The Obama Administration purposefully and irresponsibly showed hostility toward allies, including Israel, and that damaged our standing in the world. As we transition to the Trump Administration, our friendships across the globe will be restored. Americans should take comfort in knowing that President Trump will boldly lead, and that our essential relationship with our partner Israel will be stronger than ever.

Mr. Williams is Manager / Sole Owner of Howard Stirk Holdings I & II Broadcast Television Stations and the 2016 Multicultural Media Broadcast Owner of the year. Watch our Right Side Forum every Saturday Live Newschannel 8 TV 28 in DC, 10:30 am – 11:00 am and repeats 6:30 pm EST. Read Armstrong Williams, author of the brand new book Reawakening Virtues, content on RightSideWire.com and Come join the discussion live at 6-8 p.m. and 4-6 a.m. est. on Sirius/XM UrbanView 126 , Become a fan on Facebook, and follow him on Twitter.