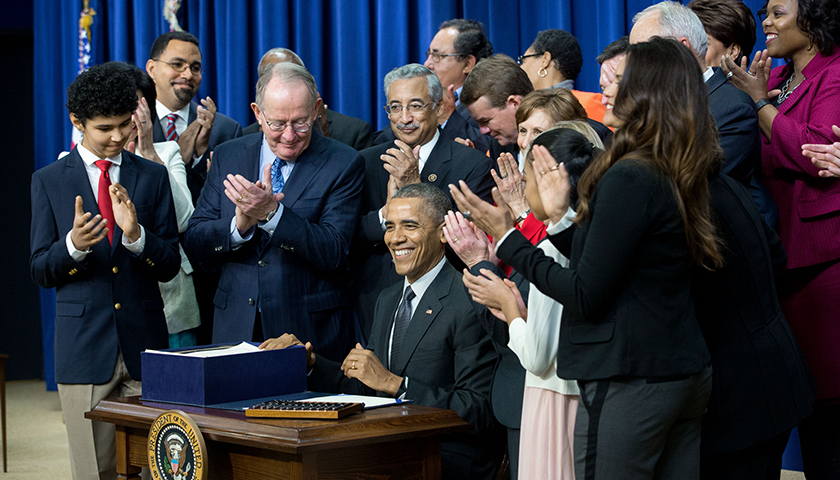 According to the Every Student Succeeds Act (ESSA), President Barack Obama’s education law, states and local school districts are required to intervene in the lowest-performing schools, including those that serve low-income children and minorities. That requirement has educators, parents and community stakeholders searching for innovative strategies to fulfill the mandate, as the law begins to take effect next school year.

“Interventions can be anything from changing the principal or some of the personnel to closing the schools, converting them to charter schools or transferring the students to better schools,” said Marilyn Rhames, a 2016 Surge Institute Fellow, parent of three school-aged children and an alumni support manager at a K-8 charter school in Chicago.

Rhames and other parents, who also work in education and in organizations like the National Black Parents Association (NBPA), said that, historically, school officials tend to make cosmetic changes that don’t necessarily address the problems; parents might find this frustratingly ineffective.

Rhames continued: “It’s not clear which path states will take right now but, historically, they’ve not closed many schools.”

Further, history has shown that, without pressure from parents, schools don’t always provide the right instruction or atmosphere for children of color and the ESSA law should help to ease that problem, said Andrea Flake, a mother of four K-12 students. Flake is a member in the northeast chapter of the NBPA.

“The more we know the truth about what is going on in the classroom, we, as parents, can band together and put the proper pressure on educators to make sure our kids are getting what they need and certainly what they deserve,” Flake said.

Rhames said that parents need the truth, which should include student testing data, parental surveys and discipline reports.

A report released in March by the Frederick D. Patterson Research Institute in Washington, D.C., revealed that 90 percent of African-American community leaders believe that they have a strong responsibility to help improve the education that Black students receive.

Researchers offered four recommendations to improve the education of Black students including expanding community networks to further advocacy efforts; providing leaders with the tools to advocate for Black youth; championing the message of positive African-American community engagement in education; and being involved.

“As the ESSA implementation moves forward, there are various ways that Black leaders can help shape education reform at the local and state levels,” Brian Bridges, a co-author of the new report, said in a statement. “[This] is a call to action for Black leaders to use their influence to not only highlight the crisis in education for Black youth, but to also find tangible ways to get involved.

Bridges said that, when it comes to the implementation of ESSA, parents need to get involved immediately and not wait.

So, where should parents go for more information about the ESSA law?

“There are organizations like Education Trust, as well as civil rights organizations like Leadership Council for Civil Rights that are paying more and more attention to the educational quality for children of color,” Rhames said. “But the truth is, our local schools need to work harder to engage parents. At the same time, some parents also need to engage more.”

Rhames continued: “Parents should spend time with their children and teachers and ask as many questions as they can. And, they should not go away until the answers satisfy them.”

Regulations to implement the data reporting requirements should promote universal access to cross-tabulated data and expand on the availability of data disaggregated by categories, Education Trust officials said, adding that technical assistance should also encourage districts and states to collect and report data in this further disaggregated manner.

“The biggest impact on children is that the current law, like the old law, requires annual testing in math and reading so we know how the kids are doing,” Rhames said. “But, the new law could make it harder for parents to understand whether the school is really doing its job. Some states are making it more complicated than it needs to be by eliminating summative ratings.”

Rhames added: “A lot of states are getting rid of the A-F rating system, which some people criticize as simplistic, but at least you get it. How schools are rated needs to be simple and clear so that parents understand it and can act accordingly.”