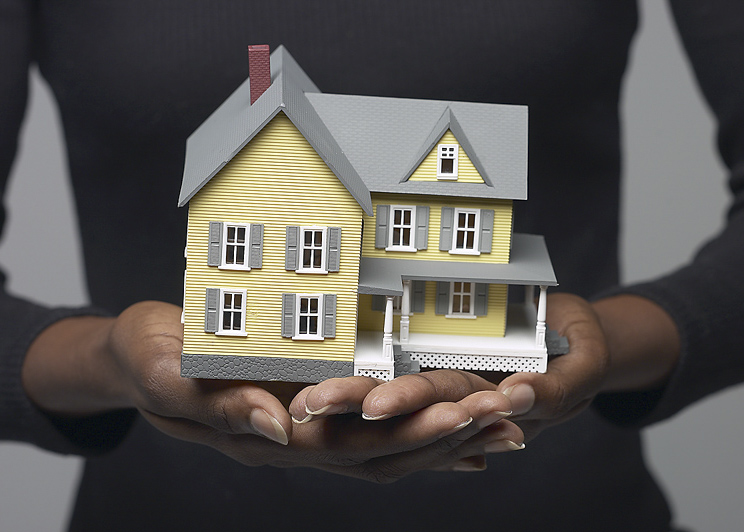 Affluence is no antidote to foreclosure.

In Prince George’s County, Maryland — one of the United States’ wealthiest majority-Black jurisdictions — the foreclosure crisis has hammered several solidly middle-class communities. These include Perrywood, a neighborhood of two-story homes near the county seat in Upper Marlboro; Marleigh in Bowie, where the local homeowners association mows the lawns of foreclosed residences that the banks don’t maintain; and Fairwood, where the median income is $170,000, according to the U.S. Census.

“They didn’t understand what it meant to take out a second mortgage, to refinance or to receive a subprime loan, they just made purchases,” said Bob Ross, president of the NAACP chapter in Prince George’s County. “So when the bubble burst, they were stuck.”

“It’s a troubling reality that African-Americans and other minorities continue to experience disproportionately high levels of unemployment, poverty and foreclosures,” Johnson said.

Housing counselors and other experts told Urban News Service they blame unscrupulous lenders for the crisis. At a time when many prospective buyers were eager to purchase and as home prices skyrocketed, some lenders took advantage by offering Black buyers discriminatory loans, these observers said.

“They were products that were predatory in nature where the interest rates were inflated, there were prepayment penalties if you tried to pay the loan off or refinance and balloon payments,” said Charles R. Lowery Jr., the NAACP’s director of Fair Lending and Inclusion. “You wouldn’t get a loan that was suited to you, but the broker and the lender would make money because they sold it to you. That was their only concern.”

George Mason University law professor Todd Zywicki attributes the largest proportion of the fraud that occurred during the foreclosure crisis to homeowners and lenders conspiring to “defraud” investors.

“Driven by very low interest rates and a deterioration of underwriting standards catalyzed by government policy, America turned into a nation of real estate speculators,” Zywicki, a senior fellow with the F. A. Hayek Program for Advanced Study in Philosophy, Politics and Economics at the university’s Mercatus Center, told Urban News Service. “Consumers were essentially living in their investments and rode up the housing appreciation, and everyone wanted to get into the party.”

Zywicki said many of the practices characterized as fraud — including what he called “teaser” rate mortgages or “complex” mortgages, such as negative amortization — contributed little to the crisis.

“In the end, what made the foreclosure crisis so bad was not fraud…but that housing prices ballooned and then crashed,” Zywicki said. “When housing prices crashed, many people recognized that paying for a home that was $50,000 or $100,000 underwater was no longer a good investment. And the largest driver of foreclosures was the deterioration of down-payment requirements and cash-out refinancing, which meant that when housing prices fell, many people fell into negative equity positions, at which point it became rational for them to default and walk away from their homes. This dynamic was no different for minority and non-minority borrowers.”

In 2007, the NAACP filed suit against Bank of America, Citibank, HSBC, JPMorgan Chase and Wells Fargo, alleging that these financial institutions had committed unfair lending practices. The NAACP dropped the suit against Wells Fargo after the bank agreed to invest in a “financial freedom center” to assist homebuyers of color. The lawsuit was settled in 2010 after the banks funded programs to help homebuyers, Lowery said.

In August 2014, then-U.S. Attorney General Eric Holder announced the Department of Justice had reached a $16.65 billion settlement with Bank of America “to resolve federal and state claims against Bank of America and its former and current subsidiaries,” including Countrywide Financial Corporation and Merrill Lynch.

“Under the terms of this settlement, the bank has agreed to pay $7 billion in relief to struggling homeowners, borrowers and communities affected by the bank’s conduct,” a Department of Justice statement said.

Last year, Cook County, Illinois, officials sued Bank of America and Wells Fargo in federal court. They claimed the banks had targeted people of color with discriminatory loans that led them to foreclose. The suits alleged the banks’ actions had cost the county property tax revenue and left it responsible for maintaining abandoned buildings. The Wells Fargo suit was dismissed earlier this year.

NAACP chapters across the United States are working to support people of color who are ensnared in foreclosure, Lowery said. On Nov. 14, more than 300 people attended a Prince George’s County NAACP “Help and Hope for Homeowners” workshop at Largo High School. The event was the NAACP’s fourth this year, following similar gatherings in Chicago, Fort Lauderdale and Long Island.

One woman who attended the NAACP meeting in Maryland said she was there because she and her husband’s 3,800-square-foot home in the Woodmore South community was foreclosed after they failed to pay their mortgage for more than six months. She was laid off from her paralegal job more than a year ago. Her husband owns an entertainment company. She said she and her husband bought their home for about $700,000 in 2008. It now is worth less than $500,000.

“My husband is in the luxury entertainment business, and when people started cutting back on luxuries, we had less money coming in,” she said. “Then I lost my job.”

This woman spoke to Urban News Service on the condition of anonymity to avoid the embarrassment that often affects those who face foreclosure.

“I have nightmares about driving my daughter to school and returning to find our things on the front lawn,” she said.

Phyllis Ellis, vice president of home ownership preservation for HomeFree-USA, based in Prince George’s County, said it is a misconception that most people of color who lost their homes in the foreclosure crisis intentionally signed mortgages that they knew were unaffordable.

“There were lenders who targeted minority communities,” she said. “People were manipulated, so they took the product they were offered when they may have qualified for a more traditional home loan. A lot of the problems originated from the types of mortgages that were marketed to our communities.”

The news going forward for Blacks is bleak, according to Algernon Austin, senior research fellow at the Center for Global Policy Solutions in Washington, D.C.

Wages are still down and joblessness is still up.

“Data from the Urban Institute out to 2030 do not show a recovery,” Austin said. “[They show] a continued slide in terms of home ownership for Blacks. That’s pretty distressing. It doesn’t show any strong upward movement for Whites, either.”