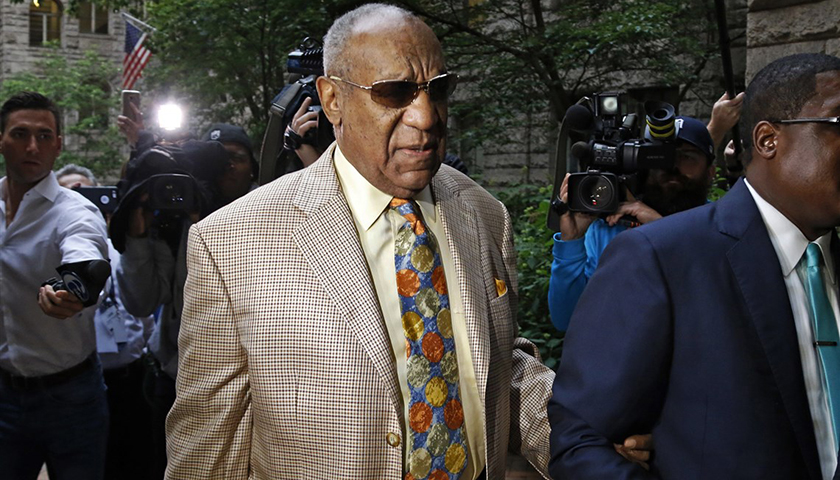 PITTSBURGH—Montgomery County Judge Steven O’Neill spent most of the morning questioning the first 100 juror candidates in the criminal trial of comedian Bill Cosby.

Ten of the prospective jurors were Black; eight women and two men.

In all 53 women and 37 men were among the Allegheny County residents questioned as prospective jurors.

A preliminary witness list the judge read didn’t include the big Hollywood names that many anticipated.

The judge read the name Diahann Carroll, the actress who won a Golden Globe in 1968 for Best Actress in a Television Series and who became the first African-American to earn an Emmy nomination in 1969.

Women’s rights attorney and perpetual Cosby nemesis Gloria Allred also made the witness list, as well as several law enforcement officers, doctors and Andrea Constand, whose 2003 accusations that Cosby drugged her and raped her in his home near Philadelphia led to the star being charged with three counts of sexual assault.

The trial is set to begin on June 5 in Montgomery County, 300 miles away from Pittsburgh where the jury selection is taking place.

When jurors were asked if they or a close relative or close friend have ever been a victim of sexual assault, 35 of the 100 jurors said, “Yes.”

Fourteen of the jurors said the nature or references to sexual assault would prevent them from being fair and impartial; sixty-seven of them said that being sequestered and the expected two to three week duration of the trial would create an undue hardship.

However, O’Neill said that while the jury will be sequestered, they will be allowed to use their cell phones, watch television and use other devices that they normally would.

He also said that they’d still have to abide by their sworn oath not to form any opinions, talk to anyone about the case and reach a decision based on evidence presented in court only.

Thirty-four prospective jurors said Monday that they had already formed an opinion as to the guilt or innocence of Cosby and 25 said the nature of the charges against him would prevent them from being fair and impartial.

Cosby arrived in the courtroom flanked by his attorneys and being helped to his seat by his assistant and spokesman Andrew Wyatt.

During the morning proceedings, Cosby occasionally brushed his eyebrows with his hands and smiled at times at some of the judge’s quips to jurors.