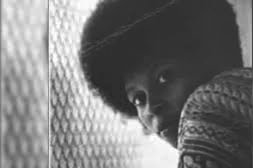 Supporters of Assata Shakur say evidence shows she is innocent of murder. (Courtesy of ipowerrichmond.com)

by Barrington M. Salmon
Special to the NNPA from The Washington Informer

When President Barack Obama announced his intention to normalize relations with longtime nemesis Cuba, it wasn’t long before questions began to swirl about the fate of Assata Shakur.

Shakur, 67, the aunt and godmother of Tupac Shakur, has been a fugitive since 1979 and was spirited to Cuba where she has lived in exile since 1984. She’s sought by the Federal Bureau of Investigation for her alleged involvement in the shooting death of a New Jersey state trooper in 1973. In May 2013, the FBI placed a $10 million bounty on her head and added Shakur to their Terrorist Most Wanted List.

Convicted of murder in 1977 after five trials, Shakur – a member of the Black Panther Party and activist from in her 20s – was given a life sentence but and escaped while waiting for the appeal process to take its course.

“We’ve explained to the U.S. government in the past that there are some people living in Cuba to whom Cuba has legitimately granted political asylum,” said Vidal, citing the absence of an extradition treaty between the U.S. and Cuba.

Nkechi Taifa, a local attorney and longtime activist, said blacks who embrace the concepts of fairness and equality shouldn’t shy away from speaking up and advocating on Shakur’s behalf adding that Shakur’s case must be looked at against the backdrop of COINTELPRO, an FBI-sponsored program created and executed by J. Edgar Hoover.

“They wanted to stop the rise of a Messiah to unify black masses. The FBI was told to be very creative and come up with solutions to destroy you and your families. They sowed distrust, monitored families and spread widespread information of the day,” Taifa said.

Shakur, and members of the Black Liberation Army, got into a shootout with officers on the New Jersey Turnpike in 1973. State Trooper Werner Foerster died as did one of the revolutionaries. In 1977, a jury convicted Shakur of first degree murder for being an accomplice in Foerster’s killing, among other charges. She was sentenced to 25 years in prison despite Foerster’s partner’s admission that he lied in a police report when he said Shakur opened fire on Foerster. Like Michael Brown, forensic evidence showed that Shakur had her arms raised when she was shot.

“It seems to me that this act incorporates or reflects the very logic of terrorism,” she said. “I can’t help but think that it’s designed to frighten people who are involved in struggles today. Forty years ago seems like it was a long time ago. In the beginning of the 21st century, we’re still fighting around the very same issues – police violence, healthcare, education and people in prison.”

Hinds, a professor of criminal justice at Rutgers University in New Jersey, castigated the FBI and New Jersey authorities.

“This is a political act pushed by the state of New Jersey, by some members of Congress from Miami, and with the intent of putting pressure on the Cuban government and to inflame public opinion,” said Hinds, who has represented Shakur since 1973. “There is no way to appeal someone being put on the terrorists list.”

Noted author and lecturer Dr. Gerald Horne said the Cuban authorities should maintain their posture of not returning Shakur. The Castro government has argued that there are several men who committed acts of terror against the government and its people who the U.S. refuses to return. And as Hinds added, the Cuban government also maintains that if political exiles in the island nation are allowed to return, they would likely be subjected to racial and political repression.

“We can’t rule out kidnapping. We can’t rule that out at all even though it would complicate U.S.-Cuba relations to detriment of the U.S.,” he said.